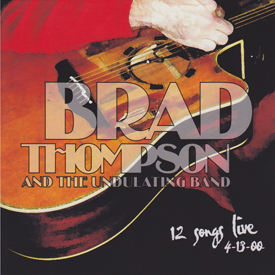 We recorded this album in one night. It was early April 2000 at Club Dada in Deep Ellum, Dallas, TX. The band’s celebrated live show was now caught on tape. All the spontaneity, humor and musicianship that had endeared them to so many fans over the years could now be sampled on the band’s first live disc.

This album is a mix of new material the band had been working on since their succesful release in ’98 as well as interesting renditions of some of their favorite songs from previous albums honed by many nights of playing together throughout their home state of Texas, The Rockies and The West Coast.